← Tackling the Rosebush(es)
Up on the Roof →

That’s right, Loki has officially made it out of high school. I guess this means now he’ll have to go out and find a job. Haha, I kid, he’s totally going to be a sports star, which is why his next class will be “Obedience for Dog Sports”.

He still hasn’t gotten a lot of the tricks he was supposed to learn in high school (“spin” and “roll over” both freak him out. It’s kinda weird.) but he heels fairly well, and his sit-stay is getting really, really good. Dave actually managed to get him to stay while Dave backed up halfway across the dog park and then called him over. Now granted, this was after Loki had gotten tired of playing with the other dogs… but still, pretty impressive! 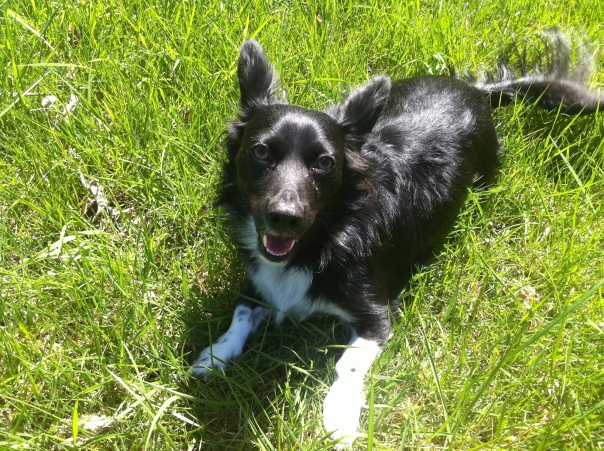 I figured I’d actually try to get a good picture of him for once… Poor dogs with black fur don’t photograph so well.

Posted on April 3, 2011, in pets. Bookmark the permalink. Leave a comment.

← Tackling the Rosebush(es)
Up on the Roof →