Finally a sunny weekend, and that means I got to take a stab at taming our runaway plants. The roses were my first priority. We have, I believe, four rosebushes. We also have one, maybe two prickly roses, but I’m not sure on those, I’m just guessing based on the BILLION thorns covering those things. One looks like it may be deceased though. Boo. But for now, the slight-less-prickly roses…

They’re all located along the north fence. The one farthest to the back is pink, and has actually managed to push out a flower already: 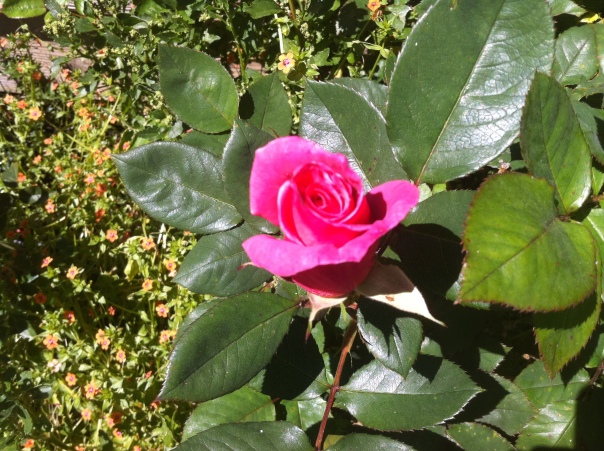 The next one from the back cream, based on one withered-looking bud: 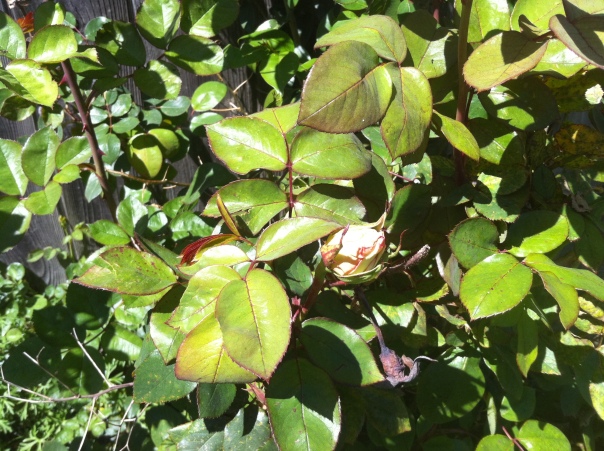 Then further up there’s a red one: 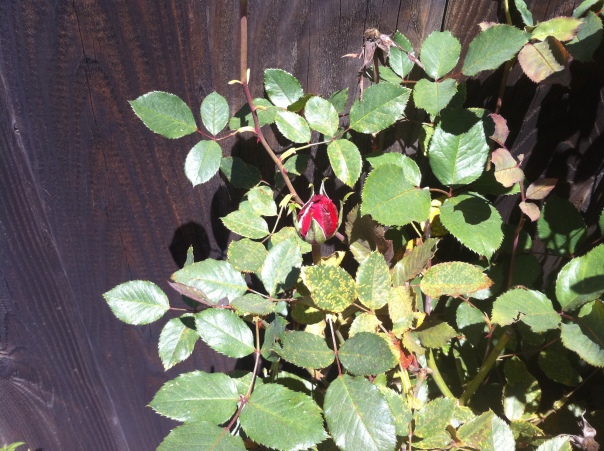 And in the front corner, the giant mystery rose: 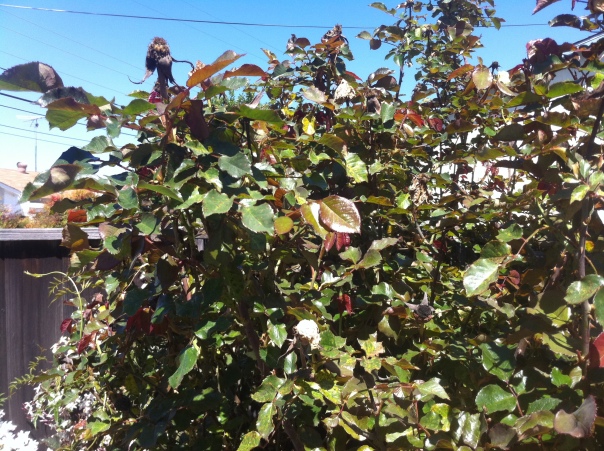 This one was a doozy. Seven feet tall, super dense, covered in dried dead flowers. I started tentatively clipping at the front, and almost gave up because I couldn’t even get past the first layer.  I finally realized that I was just going to have to tackle it from the bottom and take out huge stalks if I was going to have any hope of taming this thing. After maybe an hour of clipping and cursing and trying to not get stabbed to death by the thorns, I had this:

Once I realized that the vines sporting the white flowers to the left in the picture were covering a large portion of the rose bush, I felt no compunction about pulling them off and trimming them way back. That gave me a lot more room to maneuver and really thin this baby out. It looks a little bedraggled, but now it has a lot of space to grow in and sprout lots of rosebuds!

Here’s the pile I discarded, and the giant green city compost bin in the background for perspective: 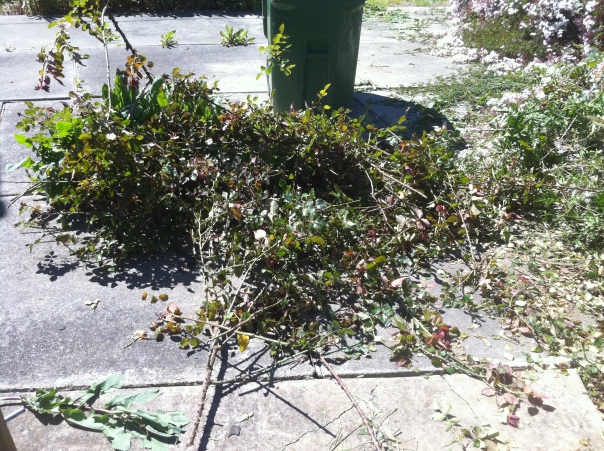 And in the end I didn’t even get to the other bushes. None of them are nearly as big though, so hopefully they will be much nicer and not stab me quite as much.

Posted on April 3, 2011, in garden and tagged roses. Bookmark the permalink. 1 Comment.