So Dakota has mastered rolling both ways finally, but luckily she was in a very chill mood during today’s photo shoot and was content to lie there and stare bemusedly at the camera. She’s still not quite crawling, but she’s started to scoot backward on her belly (which generally moves her farther away from her object of interest) so crawling is probably right around the corner. 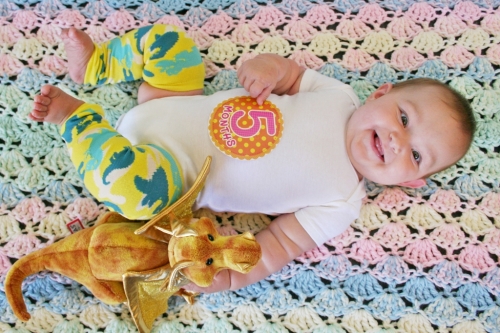 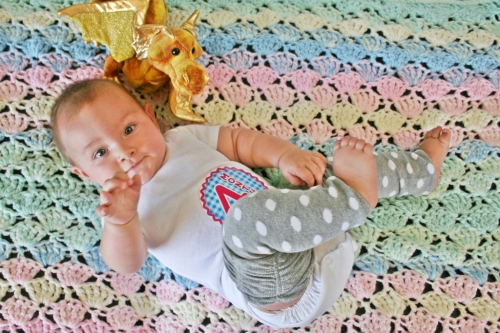 re-posting this many past photos is getting a little silly… I guess maybe moving forward I’ll just post the most recent 6 months’ worth of photos? Or maybe I’ll only include even photos on the even months and odd photos on the odd months? Decisions, decisions.  Anyway, the legwarmers this month are actually themed for once, since I thought the football legwarmers were super cute but it would be weird to use them before football season started.

Maybe at some point I’ll do a collage of all the pictures with the fire lizard/belly sticker all the same size, so her growth is more obvious. I made a deliberate decision to not try to do that separately for each photo though, because I knew it would drive me bonkers. 🙂

Posted on September 29, 2013, in baby, life and tagged photography. Bookmark the permalink. 1 Comment.