We like to fill up the freezer with a big box o’ beef (aka a split half) that we order from a semi-local farm. I’ve gotten pretty good at cooking up the different types of steaks and finding uses for the pounds upon pounds of ground beef, but I’ve been sucking a lot with the roasts. I’m pretty sure that roasts are supposed to be easy, but I have a history of drying them out and making them inedible. I have a kick-ass beef stew recipe, so for the past year I’ve been cutting roasts up and making stew out of them. Cutting 3+ pounds of beef into bite-sized chunks gets old pretty fast though, and I don’t really like stew in the summer, so I decided to buckle down and figure out how to make a good roast. And to make my life easier, I got an awesome new enameled cast iron dutch oven. Behold:

I already have a slow cooker and a big oven-safe pot that probably could have handled a pot roast, but the dutch oven worked great and was super easy to clean.

I used this recipe, which is both an entertaining read and very satisfying because I almost always have all those ingredients on hand. Carrots, onions, and celery (not in the recipe, but I felt safe adding celery) last forever so I almost always have some lying around.  I make beef stock in large quantities and freeze it into ice cubes: 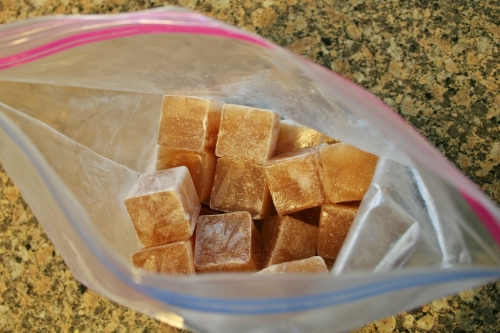 But we pretty much always have a few bottles of cheap wine, so I used that to deglaze the pot after browning the meat. And then I added more wine, and only then did I throw a bunch of beef stock ice cubes into the pot. And for the herbs I can just walk out the back door to get some fresh rosemary and thyme! Yaaaay. Oh and I used butter instead of olive oil. (of course!!)

I especially like how much wiggle room there is with the cooking times, because I managed to prep this and get it into the oven with frequent interruptions from a fussy baby. She mostly gets to sit and watch me attempt to cook like so: 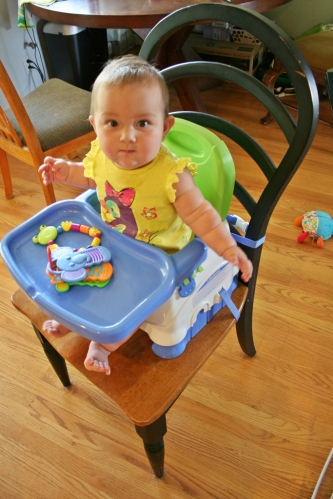 And I take breaks from cooking to round up all of the toys she threw on the floor and put them back on her tray. And then the cycle repeats itself. 🙂

Now I just need to find some more things to cook with my awesome dutch oven. In the meantime it gets to sit on the shelf in the kitchen and look glamorous. 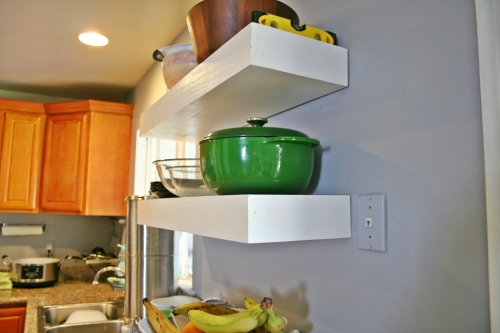