This was one of those many, many things that I was excited about right when we first moved in, but then I pushed it way down the priority list. Eventually I found one of those square clotheslines with a central post, I added it to my wishlist, and I got it as a gift for Xmas. (Thanks, Mom!)

Of course, it then sat unopened in our garage for eight months. The final push to get it set up came with some plans I’m making for a large fabric dying project. (The way these things go, it may be months before I get around to THAT project, though.) Anyway, we had some stuff called “quickrete” or something like that, which worked just fine. Here’s the only progress picture that I took before the camera battery died: 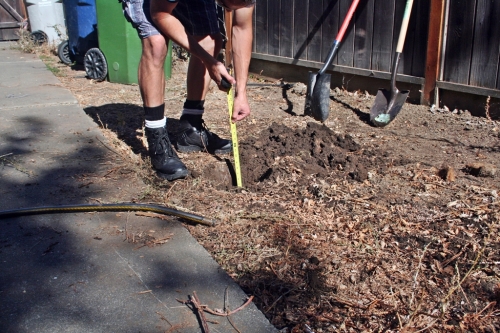 Then we pretty much just followed the instructions on the clothesline/”quickrete”. The clothesline came with a plastic sleeve that goes permanently in the ground with a little cap so it’s barely noticeable. The entire contraption can then be inserted into the plastic sleeve or removed as the fancy strikes me. I’ll probably leave it up at least until it starts raining again though. Anyway, here’s the line in action, drying our shower curtain after a much-needed wash: 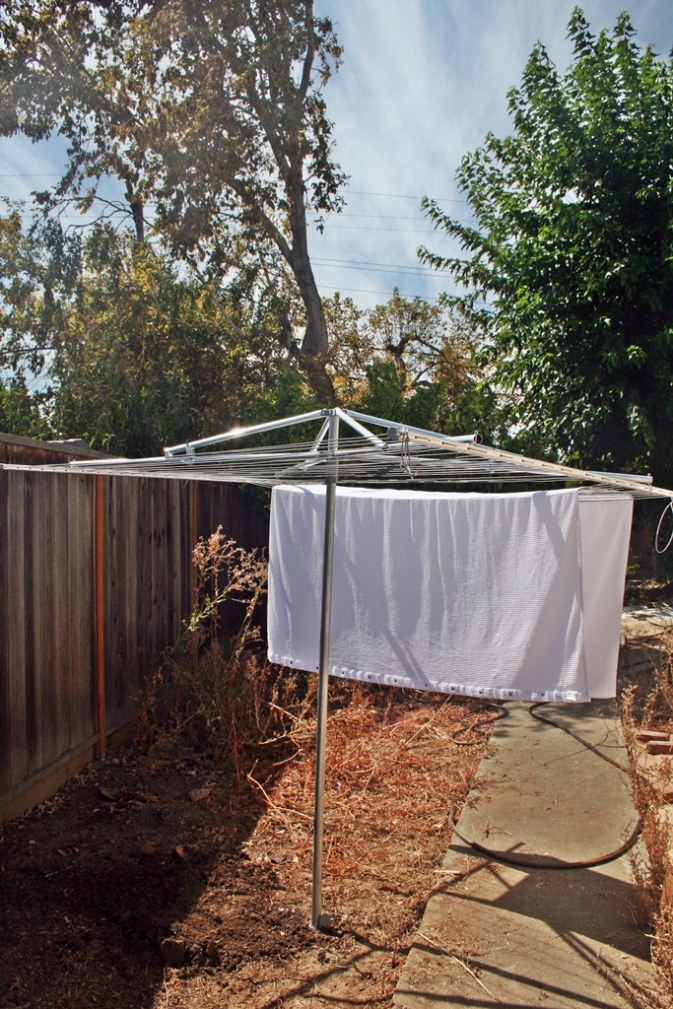 The best part is the line is literally (I counted) 8 steps from the washing machine, which is just inside the door to the garage:

Please ignore all the weeds, I’m working on it. 🙂

I don’t know how much use this thing will actually end up getting, but it was easy enough to put in, so I’m ready to call it an upgrade even if we only end up using it for bedding and curtains and such.