Last year was my most successful year ever in the veggie garden, which means I actually harvested something! So the bar is not set terribly high for me to do even better this year. 🙂

Spaghetti Squash: this was my big winner, I think I ended up with about 10 squashes off of 2 plants, out of the 4 that I initially planted. Here’s how they looked midway through last season:

My biggest learning there was to make sure I put something over the newly planted seeds and then the new seedlings until they get established. My first attempt I think a squirrel came through and dug everything up, so my second attempt I put overturned buckets over the newly planted spots. But then I don’t think the trellises I had were big enough for 4 full-sized plants anyway, so I’ll have to up my trellis game this year. We do spaghetti squash basically once a week all fall and winter, so I need more!

Tomatoes: similarly, I got 4 good-sized seedlings transplanted, but 2 thrived and 2 limped along until I finally pulled them. I thought I got them in pretty early but they took a loonnnggggg time to finally really start setting lots of fruit. Possibly the soil mix wasn’t very good, Or I planted them too deep and they spent all their energy making new roots? At any rate, I was finally harvesting lots of fruit and many more green ones were forming when it finally got too cold back in early November-ish. I was super happy with the trellises we made out of trellis netting and electrical conduit for a frame. Here’s how it looked early in the season (I don’t seem to have a photo from the end of the season, but the plants were almost to the top!):

The problem is I don’t really have all that much raised bed space, especially if I want to actually, you know, rotate my crops each season. So I’m going to be brave and plant them… gasp… in the ground this year! There’s a big spot, about 4 feet wide by 24 feet long, on the side of the house, that up to this point I’ve just used to stash random yard stuff and junk intended for the landfill. I haven’t been deliberately amending the soil, but I’ve been throwing layers of cardboard and mulch there ever since we moved in to keep the weeds at bay. So the top 6 inches or so look pretty nice, then it gets dense and clay-like. So for now I’ll throw a bunch of compost on top. And in April I’ll dig big holes and add fun amendments and stuff in with my tomato seedlings and hope for the best! Here’s how the space look right now: 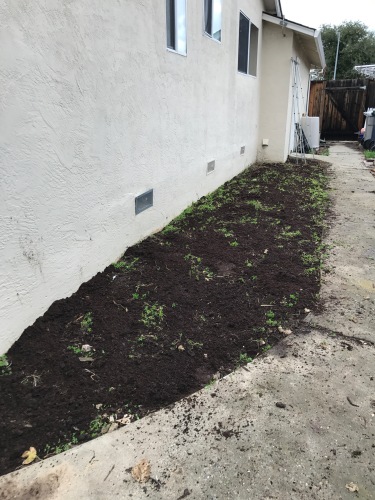 Other stuff: I’m putting hoops on one of my raised beds, I’m hoping to use row cover to keep it shady and a little cooler, maybe it’ll help the broccoli, spinach, and cilantro when things get hot in the summer?  I’ve ordered more bare-root strawberries, and I might try putting row cover over them in the summer too. I’m going to try some peas on last year’s tomato trellis this spring. And I’m going to try filling one of my 3’x3′ beds with potatoes. Potatoes! Crazy!

I’ve also ordered some bare-root blueberries, but the spot I have picked out for them is on the other side of the yard, and I’m going to build a new raised bed to hopefully keep the soil appropriately acidic and keep the bermuda grass out. I think that will kinda be a separate project from the rest of the garden, we’ll see.

Hurray! This pic was only 6 days late. I might even be on a trajectory of taking his 1 year photo on is actual birthday! (Ha. Ha. Suuuurreee.) 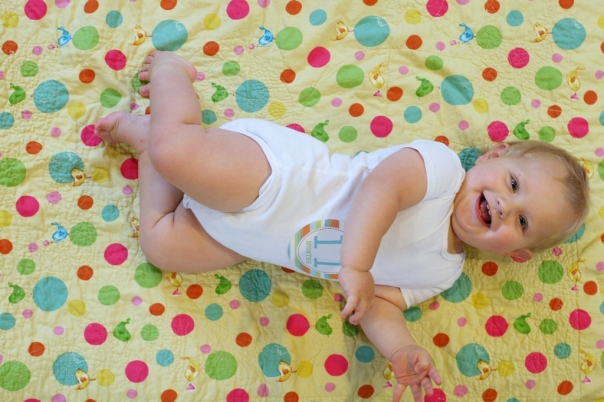 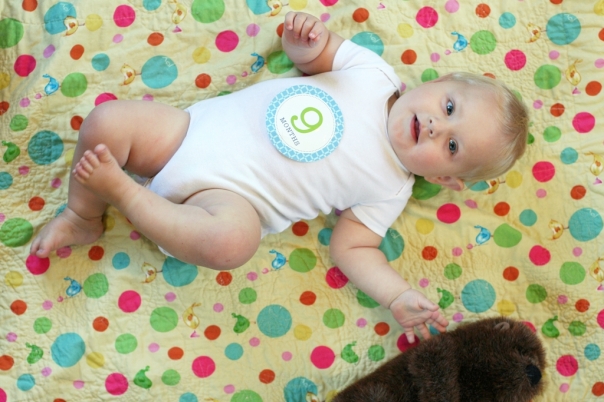 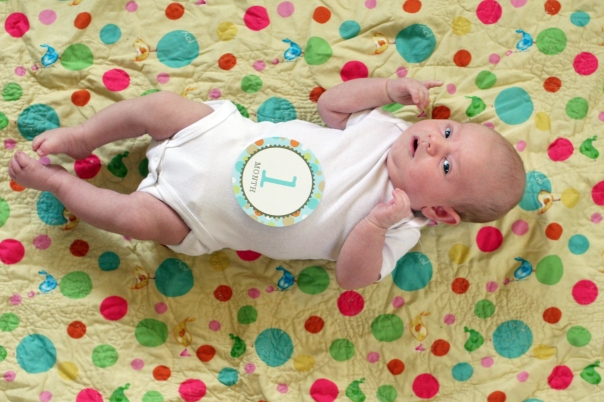 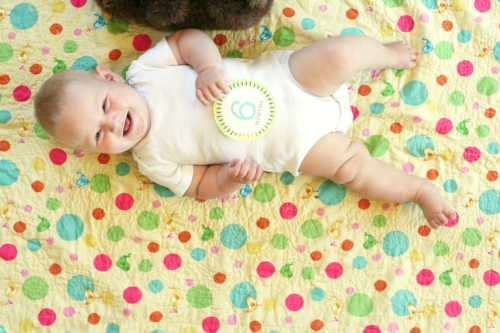 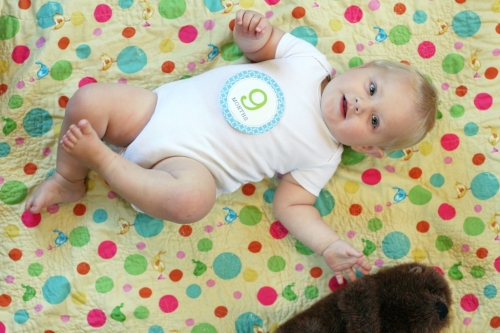 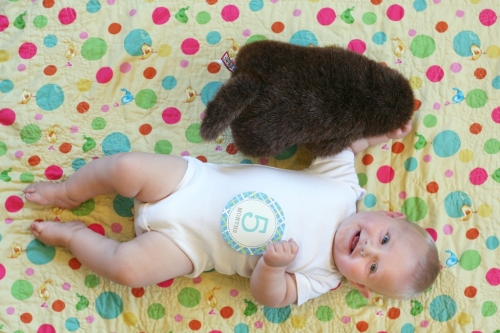 Oh dear I’ve fallen behind. I did manage to get a photo every month… some were a bit late, but still every month… but I’m way behind in posting. So I’ll just take care of that really quick now before Mal turns 1.  Here he is at 8 months (taken on 10/9, so a “mere” 7 days late, lol):